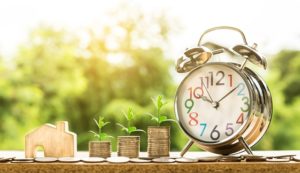 Homeowners with partial losses face issues that those with total losses do not. For example, deductibles are clearly applied, reducing the amount of insurance settlement. For homeowners with a total loss (or with a loss above an amount stated in the policy), the deductible is usually waived (by being absorbed in the excess loss), but it might not be waived for a partial loss.

If you find yourself in this situation here are some steps you can take to recover the money without using an attorney. The first step is to make a simple phone inquiry (with your policy name, number and claim number available) regarding the return of your deductible. If that doesn’t work, then you will need to develop a paper trail. Without any threat of litigation, in a certified letter, respectfully request that the deductible be returned. If the company refuses, request a written response explaining the company’s refusal. Keep track of every phone call made, including the date, the name of the person you spoke to and a summary of what the person said. If you meet with resistance, ask for a supervisor.

In anticipation that the insurance company will quote some part of the insurance policy as a reason for non-reimbursement, we suggest requesting a copy of the full policy. If you do not have a complete copy of your policy this request should be done immediately and in writing in a separate letter.

The next step is to get a copy of your state’s Insurance code which is available online and locate any regulations specifically related to this topic. California’s Fair Claims Act includes this regulation (emphasis added).

§ 2695.7. (q) “Every insurer that makes a subrogation demand shall include in every demand the first party claimant’s deductible. Every insurer shall share subrogation recoveries on a proportionate basis with the first party claimant, unless the first party claimant has otherwise recovered the whole deductible amount. No insurer shall deduct legal or other expenses from the recovery of the deductible unless the insurer has retained an outside attorney or collection agency to collect that recovery. The deduction may only be for a pro rata share of the allocated loss adjustment expense. This subsection shall not apply when multiple policies have been issued to the insured(s) covering the same loss and the language of these contracts prescribe alternative subrogation rights.”

This chart outlines each state’s subrogation laws. Please note that some states have different laws regarding reclaiming the deductible for Auto and Property losses: http://www.mwl-law.com/CM/Resources/Deductible-Reimbursement-Laws-In-All-50-States.PDF

The last resort is a lawsuit. Since any withheld deductible is usually under $7,500, a homeowner should consider an action in Small Claims Court. Any legal case is made stronger based on pertinent evidence. In this case, correspondence you had with your insurance company, including the phone call and email log, a copy of your state’s regulation and any  available information regarding your insurance company’s subrogation settlement.