Besides your policy, there are at least two other legal authorities that affect the claim process. One of them is Case Law and the other is State Insurance Law. Both of these can change at any time, and although keeping track of case law is the job for a full time attorney, most states maintain websites offering public access to current insurance law. One of the first things to look for is your state’s Unfair Claims Practice Act. 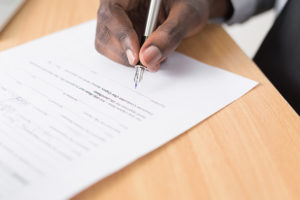 For a relatively brief overview of the laws pertaining to insurance claims, see if your state has adopted a version of the Unfair Claims Settlement Practices Act. Keep a copy of it and be at least familiar with its content. This section provides you with a condensed version of the rules that govern how a claim is supposed to be handled. It is usually only a few pages long and is fairly readable, particularly when compared to reading legal texts.

Paraphrasing the California code section, these unfair practices include:

Get a copy today!